All You Need to Know About Battery Backup

All You Need TO Know About The Battery Backup Craze

The craze for home solar energy systems continues. Amidst the constant news about large-scale utility battery projects and small-scale home battery innovation, everyone seems to want a battery backup. Floridians are all to familiar with hurricane caused outages so there is a big incentive for homeowners to start researching the solution. Fact is many are many of us are misinformed about the usage and cost. That isn’t your fault. But just the state we’re at in terms of battery technology. Let’s dive into the battery technology and how it can help make hurricane outages better :).

The Limitations of Batteries

Batteries store energy. When it comes to the household energy usage, the majority of consumers believe batteries to be a substitute for fuel. Unfortunately, they’re but can be better equated as a fuel tank. They store energy, and this needs to be refilled. Batteries don’t generate fuel but just store it. The fuel for these batteries can be sourced from various sources including generators, solar energy, and utility power. Retention isn’t 100%, and over time the fuel tank level in batteries needs to be constantly maintained even if they aren’t in use. These lithium ion batteries get self-discharge. Thus, you would need to charge them even when they are not in active use.

So, the sum and substance is that the batteries are only a fuel tank or storage vessel of energy which needs to be powered or refilled by an outside source..

Did you ever feel that replacing batteries are costing you as much as the device itself? Now imagine the same situation on a household scale.

Companies like Tesla are brilliant marketers. We’re constantly told about a $5,000 battery they’ve heard about somewhere. We have had some people approaching us with a nominal figure of $5,500 in their mind which they had either seen on a particular website or heard in the news. What companies are advertising is the cost for one battery. In reality, a person would need several batteries to have an adequate amount of power for a useful amount of time. Say you want to power your home for a week during a massive outage, like those hit worst by hurricane Irma. You’d need 21 Tesla Powerwall batteries.

Note: This is an example where we have assumed the required energy consumption of 40kWh per day for 7 days, or 280kWH, which is how much energy 21 batteries store at 13.5kWh each.

Another important aspect to note is that batteries don’t last forever. Lithium-ion batteries typically come with a 10-year warranty. At some point in future, you would need to replace them, making a huge expenditure. Some builders install small battery backup systems which die sooner. Later the owners, most often not the original owners, just don’t see the value and don’t want to reinvest.

Batteries Need Help To Be Useful

Have you ever wondered if batteries are self-sufficient in themselves? Well, let us tell you, they aren’t! They need a lot of other stuff too to be functional like an inverter, for converting the DC power to AC power that we all use in our homes.

There are some sellers who actually integrate the inverter in the battery. What they end up selling is a single system that has all in one concept of battery, inverter, charger, everything. The end result is a single elegant cabinet. Though the concept is not that new, the elegance with which it is available today often lures the consumers. However, even that involves cost and is somewhat complex. In reality, it’s not only the battery, but the supporting hardware, software, and installation cost too. Moreover, what is generally ignored is the cost of required “electrical upgrades,” and let us tell you that it is relatively inexpensive. A classic example can be a separate circuit breaker to house the circuits, etc.

Where Batteries Make the Most Sense

In some states and utilities, consumers are charged on the basis of Time Of Use (TOU). At certain times of the day, purchasing energy costs you more. This is where batteries help you. They take out this peak load and lead to an overall lower blended cost for energy. This, however, is not to be misunderstood with solar power directly. It’s just about storing energy when it’s cheap and discharging it when it’s expensive. Businesses love this aspect and are able to save huge amounts of money off their electricity bill by not drawing energy from the grid during peak hours.

At times, consumers fail to understand this concept and unnecessarily make it complex. Marketing of a product becomes easy when it serves the need of your target audience. That need can be for a stable, trustworthy and uninterrupted power in a convenient, seamless package. Thus, with batteries, it is safe to say “100% backup,” but we are yet to go a long way the battery technology to say “100% Self-Powered.”

Have you seen household generators? Well, in a traditional generator, the battery is the fuel tank, and the gas is the solar power. The inverter is the engine. Your backup capacity is limited to the amount of fuel present in the fuel tank whereas the engine size determined the number of appliances you can run at a time.

Some people argue that fuel delivery becomes difficult after a storm. Well, there is still a solution to this – having a big fuel tank. All you need is to have enough battery capacity to get you through such times. Thus, when we talk about the backup solution, it becomes crucial to separate energy storage from power generation.

Lessons From The Off-Grid Solar World

Can you imagine going off-grid? Well, you can, but that might cost you a fortune. Funny how efficient economies of scale can be. It’s not the equipment that is costly but what you have to plan for every situation. You will have to make out everything oversize for the kind of experience and convenience you need. And that is not all! You would also need to maintain the system and replace it.

Same is the dilemma with considering batteries for backup. You would need to analyze whether it is really worth or can you find a substitute which is less expensive, less risky, requires less maintenance and offers more reliability. That is something you need to figure out with your current situation and household backup energy needs.

Pros and Cons of Battery Backup

To start with, batteries come with various advantages in a way that they are clean, quiet, elegant solutions to energy storage requirements. With the evolution of technology, the batteries are fulfilling the energy requirement by decreasing the cost of energy and increasing the energy density. However, like everything, they do have a negative aspect too. Batteries are quite expensive, and it is not just one battery that will cover the whole home backup needs. You would need a lot of them to cover your whole home backup needs. Not to mention all the rare earth metals they contain, and the negative externalities that follow that industry driven from battery demand.

In the end, it is difficult to mention batteries as the optimum home backup applications, especially in Florida where TOU electricity rates are not dominant. But if you understand the limitations of battery backup and your backup requirements are modest, go for batteries as your power backup solution. 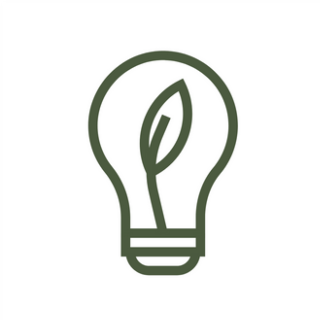 Mimeos Energy is a Florida solar company providing the Sunshine State professional residential and commercial solar installation & design. Founded in 2008, we have been involved in over 1000 residential, commercial, and utility-scale solar and battery storage projects. Our mission is to make the solar experience exceptional for every customer: informative, empowering, and affordable. Our network of energy professionals provide a wide range of solar solutions including solar panel installation, financing, consulting, energy storage and more. Mimeos Energy Miami prioritizes customer service, presenting customers with the best options available to them. We pride ourselves on transparency and education giving our customers access to financing and expanded energy services like offsite solar and battery storage. Our goal is to maximize the value of our customers’ solar investments over time.

Florida Solar Cooperative Information Solar cooperatives, popularly known as co-ops, are organizations that are established for the sole purpose of providing the optimum rates and products while buying solar panels for home and businesses. The Read more…

We Argue Against the Top Three Solar Panel Myths Householders in the Sunshine State here have so many questions they need answers to when it comes to residential solar panels. These questions are usually about Read more…